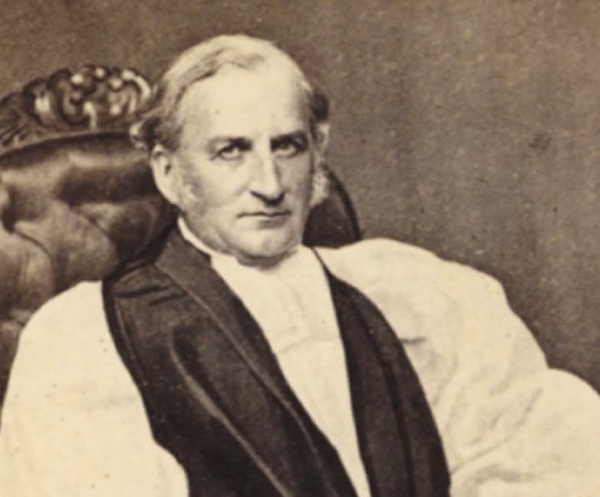 Who was Bishop Thomas Atkinson?

Thomas Atkinson (1807 – 1881) practiced law for eight years in his native Virginia before deciding to enter ordained ministry. After serving parishes in Norfolk and Lynchburg, he was called in 1843 to St. Peters, Baltimore, and then to Grace Church in that city, where he was serving as the rector at the time of his election as Bishop of North Carolina. Atkinson was already known widely throughout the national Episcopal Church for his successful defense at the 1850 General Convention of a bishop’s rite at parish visitations to administer Holy Communion. He played a prominent and history making role at the 1865 Convention in Philadelphia, in the tumultuous months after the Civil War. He was one of only two southern bishops willing to consider direct conversation with northern dioceses so soon after the war. He was the only southern bishop to convince his entire lay deputation to attend as well. His attendance and actions helped to ensure that the Church would not remain divided North and South after the Civil War.

With the diocese, Bishop Atkinson was a caring and faithful pastor. He overcame lingering mistrust in the office of bishop in the wake of his predecessor’s conversion to Catholicism. He quickly launched an ambitious program of mission and reform, including calls for the abolition of pew rents, the raising up of clergy from all levels of society, and the establishment of new congregations in railroad and manufacturing centers. The Civil War disrupted his missionary initiatives, but he remained steadfast throughout his Episcopate in urging the church to meet its obligations to minister to all of society. He was instrumental in the establishment of St. Augustine’s college in 1867 for the education of former slaves.

Your annual pledge goes to fund the operating budget of the church which makes it possible to share God’s love through our many ministries. Giving is an act of generosity that multiplies God’s love in the world. When you recognize your blessings, gratitude naturally follows. And generosity becomes an outward expression of your gratitude.